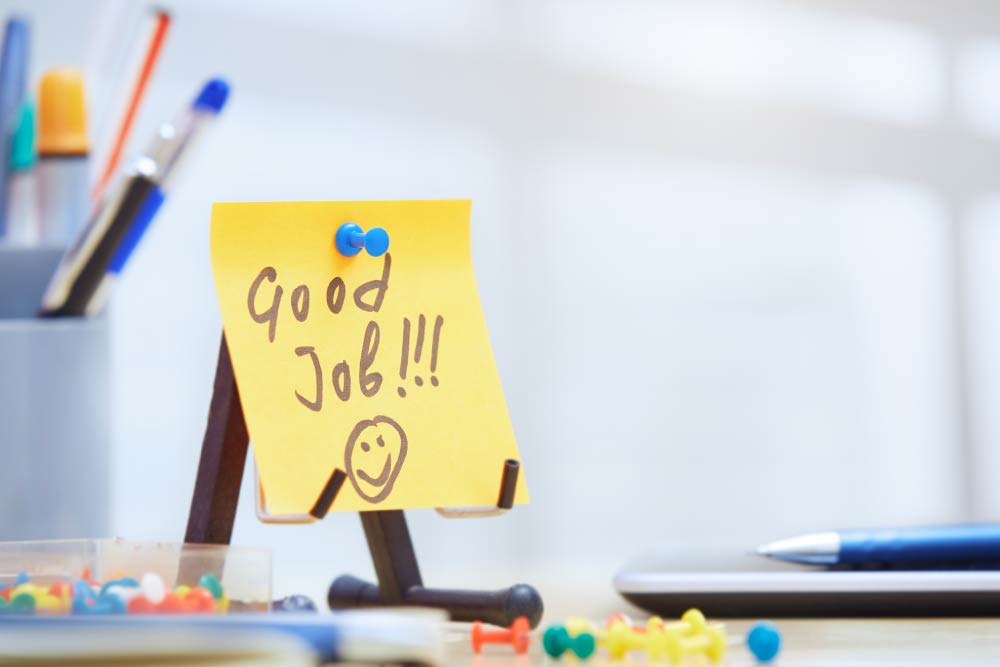 I spent much of my finance career chasing job titles.

When I was a finance analyst I wanted to be a finance manager.

Then a senior finance manager.

Then I wanted to be a head of finance, and a finance controller.

As soon as I was a financial controller I wanted to be a finance director.

I thought the next job title would make me happy.

I just wanted the next one in the list.

When I became FD at Dulux in the UK, I was convinced that this was the job that would finally make me happy and satisfy me.

In some respects it was the role that gave me the least satisfaction.

That’s one of the reasons I left finance and became a sales director at Dulux.

How and why I made that move from finance director to sales director are questions I get a lot.

The other question I get a lot is what made you decide to leave the sanctuary of a senior leadership job in a big company to set up on your own as a coach, speaker and trainer.

And the answers to all those questions all come down to me finally working out what actually made me happy at work.

Making career decisions based on job titles (and salary) is a dangerous game.

Yet that’s the reality of how most of us search for our next role.

You select a job title, industry, salary range and location and off you go.

The problem is that job titles, industries, salaries and even locations don’t make you happy.

OK, so what’s the alternative?

Some are already established or new in role FDs & CFOs. They want to perform to their potential, or move into larger roles.

Others want to become FDs or CFOs for the first time.

The first thing I want to find out is what their career drivers are.

“What’s important to you in your career?”

“What makes you happy at work?”

“What gives you energy at work?”

I ask the same questions over and over until I have a list of around 20-30 career drivers – either single words or short phrases.

Money (not always the top!)

Work-life balance (no such thing, but that’s for another post)

OK, I’ve got my career drivers, what next?

Now we want to turn that list of 20-30 items into the top 5 career drivers, in order.

“Which one of those is your number 1 career driver. The one thing that any job you did would have to give you as a bare minimum?”

Inevitably the order will change a bit as we go, and that’s just fine.

How do you know we’ve got the right drivers?

Let’s say your top 5 drivers were:

(these may or may not be my real-life ones!)

“Hey, so I’ve got this great role. It’s a big challenge, there’s definitely a learning curve. No one day will be the same. We really want someone to operate autonomously and get things done. And there’s plenty of scope to work on your terms – you won’t have a boss breathing down your neck – you’ll be judged on results and outputs, not inputs. And of course the package is competitive.”

“So how does that sound?”

“Is there anything that job needs in addition to make it your perfect role – a real no brainer?”

And if you say no, then we’re good.

And if you say, “well actually it needs to have a big team.”

I’ll say ok, so which one of your top 5 does it replace.

And if you say “autonomy”, we replace autonomy.

This is all positive – what about stuff I hate?

“What would need to be happening in that company or with that role for you to turn that job down?”

“Ah well if it was too far from my home”

And I would say ok, so location is on the negative drivers list.

I’ll then have a quick probe to find out if you have any other negative drivers.

Ok so is that it?

“How well does your current role compare to those drivers?”

In my experience people tend to fall into 3 groups:

When I first started coaching I was surprised how many people at this point suddenly realised that they are in the perfect role for them right now, and started to wonder why they had itchy feet. Let’s call this group the lovers.

Then there’s another group that suddenly realise why they secretly hate the job they have right now – even when on-paper it is enviable by most people. They realise why they find it so draining, and why they are struggling to meet the expectations of the role. Like Einstein’s frog. Let’s call this group the haters.

And finally there’s the largest group – the inbetweeners. Those that have a job that has some of what makes them happy, but not all – and they suddenly realise what’s missing.

All outcomes are good outcomes.

There’s no downsides to this exercise.

Find a new role that ticks your 5 drivers.

Do it fast is my advice.

Just to be clear: make sure your new role ticks your drivers.

Don’t be one of those people going from one job to the next hoping that “this will be the one”.

It doesn’t matter how much you earn or what your job title it, if it doesn’t hit your drivers, it won’t be the one!

I’m an in-betweener, what next?

You could, of course, just be a hater and go and find a new role that ticks all the boxes. Nothing wrong with that.

Or you could see how you could re-invent or re-create your current role to tick those boxes.

The more senior you are, the more scope you have to do this yourself.

I often work with FDs and CFOs that go straight back to work to re-organise their teams & schedules to re-distribute work to free up their time to do what inspires them.

(I’ll often subtly suggest that they find out the career drivers of their team members before delegating all the stuff they don’t like to their teams – you don’t want mutiny on your hands!)

But even if you are not the decision-maker, you’d be amazed how straightforward it could be to create the role of your dreams in the company you’re working in right now.

That’s one of the great things about working in finance.

CFOs & FDs will generally bend over backwards to keep their best people from leaving – I certainly did when I was a FD.

The problem I found was that I didn’t know what people really wanted, so often I was guessing – or had to default to offering job titles.

If a high potential person had come to me and said, “I like my role, but it’s missing X and Y. Here’s a few ideas I had to bring these in, and if we do this then the role will be perfect and I’ll perform even better.”

OK so I’m a lover, how does this help me develop my career?

Well for a start it means your current role probably offers you everything you need to develop your career right now.

When people appreciate that their current role hits their drivers, their performance in the role normally sky-rockets.

I’ve seen this so many times.

It’s like it calms us down and lets us just get on with enjoying the role.

And the best way for new opportunities to come your way is to excel in your current role.

And I do mean excel, not just do a good job.

And then opportunities will come to you.

And when they do you can consider them through a much more sophisticated lens than salary, title, industry and location.

Life is too short and too full of glorious opportunities to spend too much of it doing something that you don’t love, or at least enjoy.

Or something that you don’t enjoy enough.

Because here’s the thing.

It’s not so much that we don’t necessarily enjoy what we are doing now.

It’s just that once we truly understand our career drivers we realise that we could be doing something that we enjoy so much more.

If you are happy in your role you’ll perform better.

You’ll be happier at home.

You’ll be a better husband, wife, friend, father, mother, sister, brother – you know, all the things in life that are really important.

And ironically by the way you’ll get a much bigger and better job title than you every dreamed possible.

Especially if you decide to work for yourself, because you can then call yourself what you want!